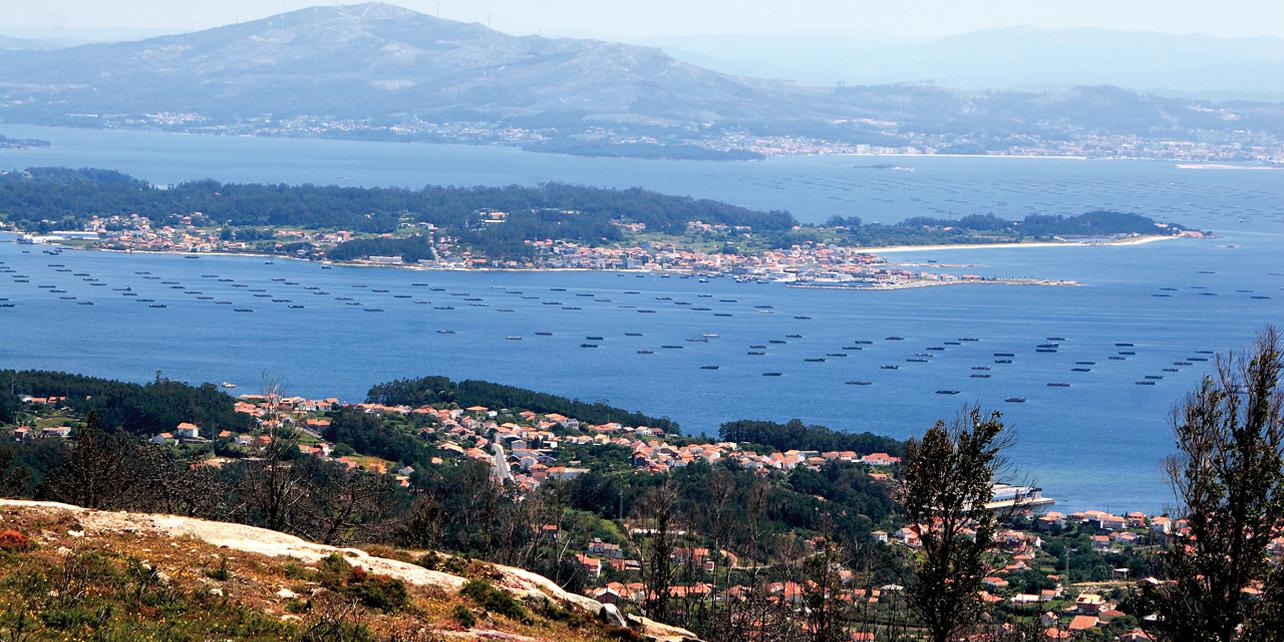 Galicia is one of the 17 autonomous regions of Spain. Covering a total of 29,574 km², and with 2,700,269 inhabitants, it is located in the northwest of the Iberian Peninsula, bordering with Portugal to the south. According to the Lonely Planet website, “Galicia is a unique region with its own language and distinctive culture and is home to Santiago de Compostela, the destination of more than a quarter of a million souls who travel each year along the Camino de Santiago pilgrim trails.

However, Galicia is much more than Santiago. The wild coastline is frayed up and down its 1,200 km length by majestic rías (coastal inlets), and strung with cliffs, beaches, islands, and fishing ports – which bring in arguably one of the best seafood in Europe. Inland is a labyrinth of deep-green valleys, speckled with stone villages, medieval monasteries, and age-old vineyards. And as you travel you’ll repeatedly run into reminders of Galicia’s unique cultural identity: the sound of bagpipes, the wayside cruceiros (carved-stone crosses), the castro fort-villages of Galicians’ Celtic ancestors.”

In comparison to the other Spanish regions, Galicia traditionally depended strongly on agriculture and fisheries until the 1980s. Reflecting that history, the region has one of the largest fishing fleets in Europe, and the European Fisheries Control Agency is based in Galicia. Nowadays, the service sector occupies more than 50% of workers.

Manufacturing includes shipbuilding, textiles, agro-food, energy (especially hydroelectric and wind power), and the car industry. PSA Peugeot Citroën centre in the region, founded back in 1958, produces about 450,000 vehicles annually. Galicia is also the headquarters of Inditex, the world’s largest fashion retailer; of its eight brands, Zara is the best-known.

Galicia was late to catch the tourism boom that has swept Spain in recent decades, but the coastal regions (especially the Rías Baixas and Santiago de Compostela) are now significant tourist destinations, with more than 5 million visitors in 2019.

The region has had a RIS3 in place since 2014, which is currently being re-shaped for the period 2021-2027. The Strategy has been defined around 3 main challenges and 10 priorities:

This Strategy has been complemented by the Galicia Innova 2020 Plan, which is a framework designed to reinforce the region R+D+I policy and help achieve the objectives of the RIS3 2014-2020.